0:48- When It’s Just Not Working Anymore

Hi everybody, my name’s Charlie and I’m the owner of Charles McArthur Coaching and Consulting.
Welcome to another video resource for men seeking help with changing their behavior. And in this particular video is reaching out to the partners of those men who may be going through troubled or dark times. You may be watching this evaluating your support for your partner to enroll in my online coaching program called Change Thinking 2020.
Now at the moment, of course, everybody’s situation is completely different. Some partners watching this may be experiencing domestic abuse in some form or another. Some will have partners dealing with the challenges of addiction while some partners will be dealing with their loved one dealing with a loss of self worth who have lost drive and motivation to be their best.

0:48 -When It's Just Not Working Anymore 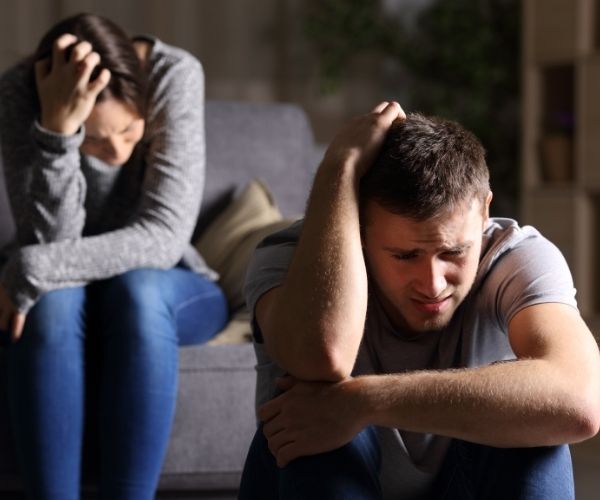 Many of the men that I also assist are just going through dark times due to separation.

My online Coaching program called Change Thinking 2020 is particularly valuable for men going through separation and I’ tell you why.

Some men become bitter and resentful after a marriage breakdown if left to their own devices to overthink things when they have no support or guidance from somebody that they have some kind of rapport, trust or respect.
Lets face it, separation is difficult and has probably occurred because one person or both are not happy. If we could just wave a magic wand, I’m sure that most people would like to end up in a place where both they and their ex-partner are happy. And when I say “happy”, that usually only occurs with the passing of time. When there’s been enough time to heal so they they can look back with fondness of the good times but also have some perspective to realize that  the separation occurred was a good thing. Because both parties involved went on to a new life that is now working  better for both of them. That would be the best possible result from a separation right?
This is where a good coach is so effective when it comes to working with men. My skills as a coach require me to be extremely flexible in how I get the mind to open up enough for a new message to get through. 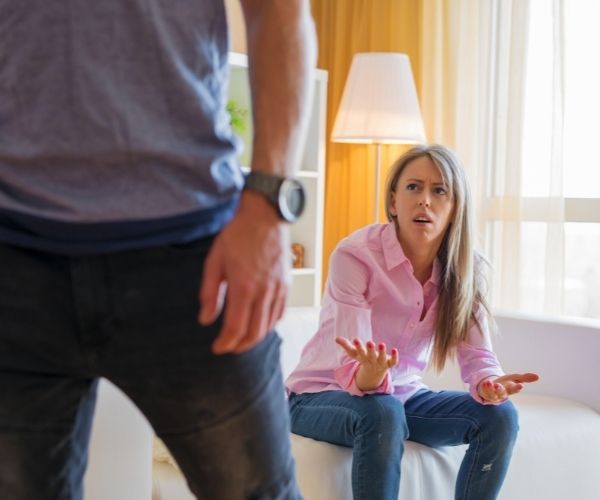 So how I use language and the words that I use also include the ability to use my words in such as way that gets results.

Sometimes those words can be confronting to some men who do need to be challenged at times, to pull their head in and look at things from another perspective.
And that only happens when there is a mutual respect.
However, the men who I am coaching, they start to understand, there is a mutual respect and start to get it. They start to understand, that where I’m coming from and they start to see that my intentions are good with their best interests at heart. They start to sense that they’ve now got around them a voice of reason. A sounding board. They start to see a better way to approach a problem. and when they start to realize there are other options available to them, (options that were always there) that were only being hidden by some kind of limiting belief, well by that point we’re almost halfway, probably more than halfway there.
Some men on my program are seeking a change of thinking in regards to making better decisions. Decisions about the next time they are going to see their dealer or visit the bottle shop. Substance abuse, alcoholism, or any kind of addiction for that matter, including that of gambling is all about the alignment between the conscious mind and the unconscious mind.

As a qualified master practitioner of conscious hypnosis I understand how men can have the voice of the little angel on one side and the little devil on the other and, of course,  the internal dialogue that occurs.

My online coaching program called Change Thinking 2020 does have a large component of the course using concepts from hypnosis within the Change Thinking 2020 program there are in fact 8 hypnotic inductions one for each of the 8 modules that make up the full Change Thinking 2020 program.
Those hypnotic inductions include subjects such as “Accepting Change” “Anger and Stress Release”, Confidence and Positivity” to name a few.
Some men enrolled in the Change Thinking program who might be  dealing with anger and depression. There is a large group of men that get to unhealthy levels of anxiety. And they get to that place by spending too much time going through the land of overthinking.
What a nasty and dangerous place that is…a place to be avoided. Men, in fact anybody that enters the Land of Overthinking for an extended period of time rarely ever return  more organized in their thinking then when they left.

So dealing with this bad habit of overthinking plays a big part of the Change Thinking 2020 program. 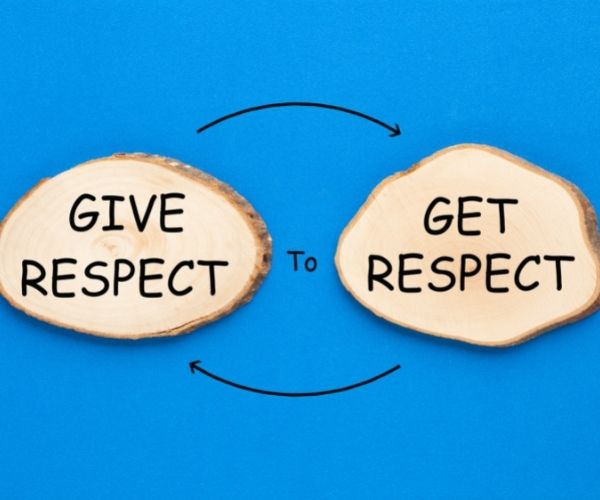 Now I’m very wary of not speaking too collectively. Given that everybody’s situation is very different. Not every man in my program would be classified as behaviours of perpetrators of domestic abuse, but I do wish to acknowledge, the men that have enrolled in my course are seeking change in some form or another.
And they’re leaders. They’re certainly leaders of themselves because they’ve  decided to make a change for the better. To face their fears. To deal with those parts of themselves that are leading them in the opposite direction. ..then the best version of themselves.

Deciding to make a change for the better and to confront those things that are pulling them down – well we applaud and I respect those, those men who take action to address what it is from stopping them and their potential.

Now I also wanted to say is that if you are a victim of domestic abuse or domestic violence in some form, I certainly recommend strongly to seek advice, and talk to the professional people that support people in your situation.

I do also wish to  acknowledge that it is not just men that are are perpetrators of abuse. And I would recommend the same advice to any male victims out there that are experiencing the same. And that is, to seek advice from those organizations.
Now I’ve personally have been criticized by sections of the community who misunderstand what it is I do. Their perception is that I am something of a pro-feminist because I reach out to men needing help. They believe my position is that – it is always men that’s the problem. That’s because I don’t have a female version of my online coaching program called Change Thinking.

And I’ll tell you why that is. I work with me men. That’s what I do and that is what I decided would be more valuable based on the skills I have. There are times with my clients that I need to be brutefully blunt and in their  face. And that is because that’s what some men need.
Some blokes could only work with a person who’s got the inner resolve to call these guys out for their bullshit when and if the times comes.

The reason why I am an effective coach with men is because in this space, I do call them out when required. And that only happens when I have had the opportunity to build some level of rapport and gain the respect of each of the type of clients that I’ve  talked about in this video.
It’s by providing insight but it’s not just insight, it is because I show respect for my clients, what they are dealing with. And if I look sure of myself that I can gain their respect, that’s because I am sure. Proven that time and time again.
Coaches who work with men and influence men, who have lets say, for want of a better word, well as coaches themselves, require patience, understanding, at times they need to be thick skinned, and have resolve and a special dedication to their clients.

Above all else, those coaches who work with men, need to have belief in the clients that they are working with so they can translate confidence in themselves.

The skills I teach and use come from the fields of Neuro Linguistic Programming, otherwise more commonly known as NLP and also the field of Hypnosis
And this is why my program can be very effective for those men caught up with the behaviours of domestic abuse, but also for other men facing a whole range of other issues.
This is not a program fully dedicated to resolving Domestic Abuse issues because what I do is  work with the Nervous System of men and how to change and control certain types of thinking and learn to pay attention to what they are feeling. 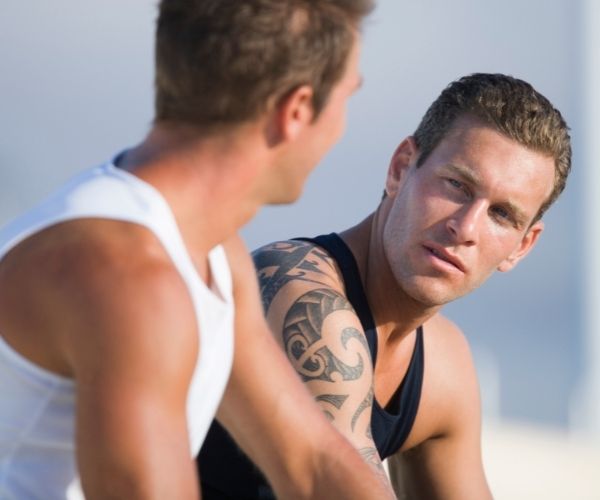 So let me share with you who is most suitable to enrol in my Change Thinking 2020 program. And, it’s not the extreme cases. Its is that section of the male community who are the point where they understand what they are doing is wrong, and understand the effects of what they are doing is wrong. They often display sorrow and remorse for their actions and they have an awareness of the issue.
The second criteria I am looking for before allowing an enrolment in my course is that the men that I coach are are past that point- past the point of making justifications for their actions or blaming others.
The men I am trying to assist are the men who don’t understand the HOW. They know the Why ! The why is often because they understand the consequences if they don’t change.

But it’s the question of HOW to go about it that they don’t know the answer to.

These are the guys that pretty much openly admit that they are disappointed with themselves and that they haven’t lived up to their potential.
As a partner of a man who needs to change, you will know if the man in your life has the potential or even the desire to make a full recovery if given the right skills, attitude and support.
And you will also know ias well, f you are just wishful thinking or dreaming of an unrealistic turn around.

Of all the men who need to change, I would really prefer to work with that small section of men who want to change. And you will know if your partner genuinely wants to change.

So if you fit into this group, I am more than happy to discuss with you one on one on the phone, your situation. if you feel I might just be that person who could work with your partner, or your ex-partner, well then call.

We can discuss your individual situation and if I agree that I think I could assist, well then we can discuss ways to introduce what I do in my program to your partner. Which of course is something else to be handled with care.
If done the wrong way or should it feel like it was pushed onto them, we will find real resistance so the upmost of care is required.

I hope that has given you a better “feel and understanding of what I am all about and who specifically can benefit from enrolment in Change Thinking 2020 program.

I wish you all the best and above anything else, look after yourself. Take care, that’s all for today.